Code Red for Humanity: How Haller Farmers is combatting the climate crisis 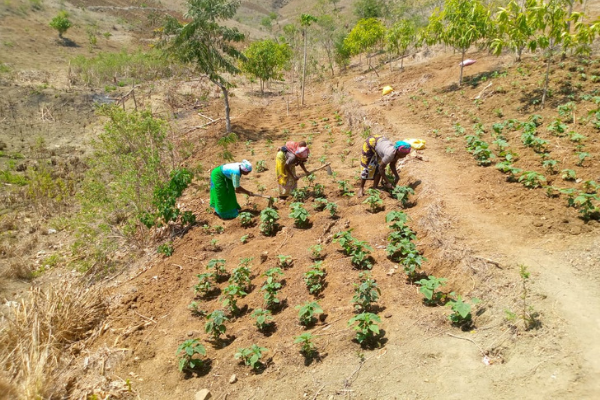 06 Aug Code Red for Humanity: How Haller Farmers is combatting the climate crisis

Posted at 14:14h in Agriculture, Farming by zoetest@haller 0 Comments
0 Likes

According to the UN’s Intergovernmental Panel on Climate Change’s (IPCC) latest report “it is unequivocal that human influence has warmed the atmosphere, oceans and land”. Africa is also warming much faster than the global average, according to the IGAD Climate Prediction and Application Centre (ICPAC). Major cities in East Africa have witnessed increased temperatures that almost double the 1.1 degree warming average that the rest of the globe has experienced since pre-industrial times.

It is possible that if we globally combine forces now, we can avert a climate catastrophe. However, as the IPCC report points out, there is no time for delay and no room for excuses. The devastating climate effects are already been seen across the world and warming temperatures are not the only bane provided by climate change. Massive rainfall due to warming oceans in 2020 resulted in Kenya suffering its worst locust outbreak in 70 years.

Smallholder farmers are at the forefront of the climate crisis as they mostly depend on rainfall and weather patterns for their produce. It is important,  now more than ever, that we collectively take action in reducing our climate footprint in order to mitigate the effects for those who are most vulnerable.

Our Haller Farmers App is helping in the fight against climate change in East Africa by focusing on nature-based solutions. These solutions include conservation, restoration and better management of ecosystems in the removal of CO2 from the atmosphere. It also promotes sustainable development by honing in on zero waste and recycling, such as using old plastic bottles and tyres as planters. By using the methods freely available in Haller Farmers, people are able to reduce their footprint on the climate, using fewer resources and in turn, become more resilient towards environmental changes.

The Haller Farmers App is now available to download for free from both the App and Google Play Stores.