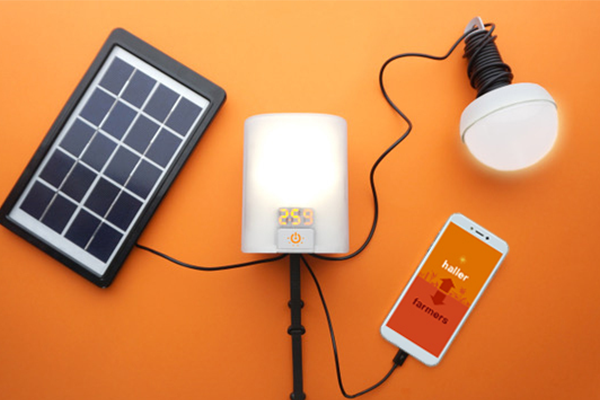 Posted at 17:11h in Agriculture, Farming by chloe@haller 0 Comments
0 Likes

At Haller, we understand that sustainable change is often only possible through collaboration, with different players bringing their unique expertise and understanding to a collective problem.

For the launch of our Haller Farmers app last year we partnered with Mara Phones and Deciwatt. Mara Phones provided a solution to the issue of sourcing affordable smartphones for the Haller Farmers app to be used on, the first smartphones to be wholly produced in Africa. Deciwatt delivered a reliable, off-grid energy source, hugely important in rural areas with limited access to traditional energy supplies. 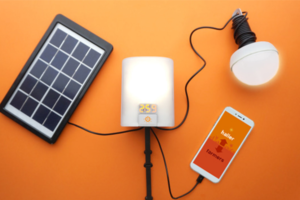 Deciwatt’s innovation has produced a reliable, independent source of off-grid energy, which doesn’t rely on battery or solar power. Hundreds of millions of people around the world still rely on hugely polluting, dangerous and expensive kerosene lamps for lighting, and Deciwatt provides a cheap and inexpensive solution to this problem.

The Haller Foundation first partnered with Deciwatt in 2019, through the supply of Gravity Lights to Haller community members. Since then, they have developed the NowLight, based on feedback on their first product, the NowLight not only supplies a light source but also the potential to charge mobile phones.

Deciwatt’s NowLight provides instant light and power at the pull of a cord. Pulling the NowLight cord for just a minute generates 15 minutes of talk-time on a mobile phone and up to 2 hours of light. NowLights were given to those on Haller’s Ambassadors scheme, who helped to take Haller’s impact into new communities.

Most recently, Deciwatt has launched a crowdfunding campaign in Japan, where frequent natural disasters leave people without light or power, making the NowLight an indispensable resource. As part of this campaign, customers have the option to donate a NowLight to Haller. These donated units will be distributed by our team in Kenya to smallholder farmers using the Haller Farmers app, providing them with a sustainable light source and a way to charge mobile phones. Not only does this remove reliance on kerosene lamps, it also enables the use of the Haller Farmers app on mobile devices.

We look forward to our future collaborations with Deciwatt and other organisations that share our global vision and aims. The open-source code of the Haller Farmers app means that it can be easily adapted to different environments to serve the needs of communities around the globe. We are excited to see the realisation of this potential in the coming years.