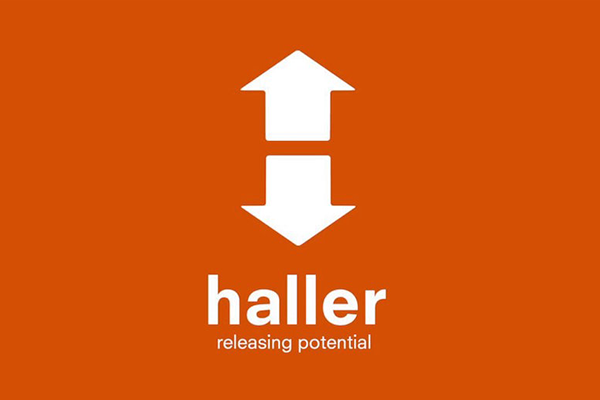 A large majority of UK adults own smartphones, and apps are increasingly used to support and offer entertainment, navigation, shopping, health and fitness, banking and an ever growing range of services. And the influence of this technology has not escaped the third sector’s attention.

Mobile is potentially a great vehicle for fundraising whether charities are looking at relationship building, education or the actual payment of donations, but it’s very important to ensure that the user experience is a positive one.

The whole mobile app proposition for charities was given a huge kickstart by the appearance of SnapDonate last year. SnapDonate is a logo-recognition app designed for charities and their supporters. Point SnapDonate at a charity logo and the app instantly detects which charity this represents, so that people can give while on the go.

The idea is that it makes it easy for people to make quick, one-off donations to their choice of charity even if they have no cash on them. The SnapDonate app is simple but uses sophisticated image-recognition technology. It knows which cause the user wants to support when the phone camera is aimed at a charity logo.

And no text messages or QR codes are needed. People merely “snap” a logo, then give as much as they like, with a minimum of £2 via the JustGiving payment platform.

SnapDonate can automatically recognise dozens of charity logos but can also send a donation to any of the 13,000 or so UK charities registered on JustGiving, as these can be selected with the app’s search tool. SnapDonate deducts nothing from each gift, but JustGiving does charge the same handling fee (5 per cent) as if this was made on its own website.

Physical money still makes up around one-sixth of all donations (£1.6 billion) given to charities in the UK each year, but with the advance of digital and mobile platforms cash is no longer king. Charities need new ways for people to donate on impulse and SnapDonate provides this. The app can work in the street, on a train or on the sofa – enabling people to give on impulse and with the added bonus of automatic Gift Aid with each donation. So, after the appearance of SnapDonate many more mobile applications are expected to support charities in the future.

Paul Swaddle, CEO of app maker Pocket App, says: “The increased uptake of smartphones presents charities with a huge opportunity to reach more people and provide an enhanced service to the ones they already work with. Also, with over 50 per cent of all online traffic now coming via mobile it’s vital that charities take the time to think in-depth about their mobile strategies.”

Swaddle says mobile is a key vehicle for personal engagement, as people may share a tablet at home or have their work computer monitored, but people rarely share their mobile phone and usually have them with them at all times. So, regardless of whether you are a charity that is engaging with people about a sensitive subject such as depression or sexual health, mobile is clearly going to be a key weapon in your digital armoury.

Pocket App has worked on two large mobile projects recently, including the My Poppy app for The Sun newspaper – an interactive way to contribute to The Royal British Legion Remembrance fundraising campaign – and also the Commonwealth War Graves Commission app, a tool to research any of the 23,000 or more war grave and memorial sites maintained by the Commission. “Going forward there will definitely be increased innovation within the sector, whether relating to mobile donations, service delivery or educational resources,” Swaddle says.

Joo Teoh, managing director of fellow app developer Apppli, says: “With more than 1.75 billion smartphone owners worldwide, apps provide the perfect channel for charities and non-profits to engage a younger, tech-savvy audience directly and inspire a new generation of advocates for their cause. However, for a charity app to go viral and raise awareness of the cause to a global audience, charities have to think how they can engage, educate and inspire users instead of just providing facts or asking for donations.”

Teoh says mobile apps offer charities immediacy, and geographic and demographic reach when it comes to the giving process as no one has to be stood in front of a donor with a clip board. Mobile apps also allow a level of personalisation and customisation not possible with more traditional forms of giving. They can give donors more control over how they donate and better facilitate ongoing, rather than one-off donations.

“It is no surprise that traditional methods of giving are dying out. Mobile apps enable more engagement, allowing donors to see where their money is going and what it is being used for. The nature of traditional forms of giving like post and street collections means there is very little that can be done in the way of customisation and creating an emotive feeling in the potential donor,” says Teoh.

As an example of how charities can use mobile to spread the message and support their projects, one should consider the experience of the Haller Foundation, which supports farmers in Kenya.

Over the last 10 years Haller has been working with subsistence farmers in Kenya to help them rehabilitate their land and achieve sustainable self-sufficiency. But with only one extension officer for every 1,000 farmers in Kenya, the process of reaching them was slow, inefficient and expensive.

Haller approached Red Badger wanting to explore the potential to use new technologies to extend these initiatives to a much wider farming audience in Kenya. Mobile usage in Kenya is surprisingly high with around 50 percent of Kenyans owning a smartphone.

Louise Piper, founding trustee of Haller, says: “Technology is one of the key drivers of positive change in Africa, breaking down barriers and transforming traditional models. However, advances in technology have only just started being translated into practical solutions tailored to specific needs. This app fits perfectly with the Haller approach – it releases potential through practical ideas that are collaborative, self-sustainable, empowering and resourceful.”

Red Badger staff worked with design agency Pearlfisher to provide the user experience, visual design and development of a new mobile website that will enable Haller to deliver the training to the farmers that need it across the entire country. A prototype was delivered and tested with different kinds of farmers in Kenya that would be using the app.

The total size of the final app is less than 1MB (megabyte) in total thanks to intelligent use of lightweight iconography and other design considerations. The app is multi-lingual with both Swahili and English versions, and literacy issues are further addressed via an audio feature with Swahili translations. Strong use of visuals and symbols also make the app as intuitive to use as possible.

The app was successfully launched in Nairobi last November and is now successfully being used by farmers. Haller currently only operates in Kenya but says the app could be tailored for other African countries.

Another example of how mobile can aid the fundraising process is Charity Plus from business intelligence solutions provider PXtech and web and mobile systems specialist Greendog. Charity Plus aims to support charity stores by growing supporter loyalty, increasing donations and improving marketing opportunities through an online community.

Charity Plus invites supporters to download an app that allows them to use their mobile phone to sign up for Gift Aid. The new initiative means that when donating goods customers can provide a QR code which can be scanned in-store to produce a Gift Aid tag, saving time and money.

And in addition to identifying the nearest charity store locations, the new app will also improve charity marketing initiatives by allowing supporters to receive information on special offers that can be redeemed via mobile phone. Users can also receive updates via push notifications on appeals and charity campaigns taking place, with the option to make a donation quickly and easily online.

Richard Dorf, CEO at PXtech, says: “We work closely with a number of high-profile charities and became increasingly aware that stores were losing revenue through simple issues, such as donors forgetting to bring their bag tags when dropping off their goods. We were keen to find a solution that meant stores were maximising their donations through effective marketing and strong supporter communications.”

Charity Plus is available as a bespoke application fully customisable to an organisation, or as part of the Charity Plus community where smaller charities can join a platform and be easily found by supporters.

Being able to track the difference they are making is now key to many donors, and is something that Makerble is supporting. Makerble lets people pick projects which they subscribe to with a monthly donation, which also gives them access to updates from the staff on the ground who are making change happen.

Matt Kepple, CEO of Makerble, says: “What’s interesting about Makerble is that the mobile experience is tilted towards what happens after people donate. People can donate from their mobiles but what we’ve seen is that people, especially millennials, are far more interested in what their donations actually achieve. And this is where mobile can be extremely enabling.”

With Makerble, a Maker is a monthly donor who is supporting their chosen project. Makerble enables charity staff to log the difference they are making on their mobile phones and those updates are sent to each Maker in real-time. “We’re excited about the potential of mobile technology to bring donors and charity staff closer together and in so doing, nurture trust and inspire people to donate in the first place, and then continue donating and even increase how much they give,” says Kepple.

A bit of lightheartedness is also benefiting a number of charities through the iCukoo app. The iCukoo app has been developed by Chelsea Apps Factory, a company that until now had specialised in “mobilising” businesses like Waitrose and Ladbrokes through apps and tools.

Mark Bishop, director of fundraising at Prostate Cancer UK, says: “Extreme snoozing is a brilliant way of fundraising if you don’t fancy climbing mountains and skydiving. iCukoo lets people make a donation in their sleep!”

And Paul Jackson-Clark, director of fundraising at Parkinson’s UK, adds: “We all struggle to get out of bed on cold and dark winter mornings, and anything that can make getting up more bearable can only be a good thing.”

App development company Appy Ventures works with Chelsea Apps Factory, and founder Patrice Archer says many more innovations can be used by charities. He says: “SnapDonate was a good start and there are lots of opportunities to use mobile to generate significant revenue for charities, for example rounding up mobile payments to the nearest pound, with the change sent to a charity of your choice; “gamification” – playing specific games and donating winnings; and taking paid surveys to generate revenue for charities.”

It’s clear that mobile openings for charities are increasing at a rapid rate and now it’s time for the third sector to quickly take advantage.