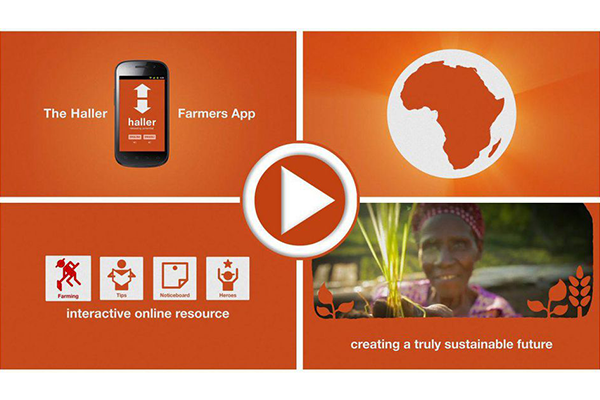 In the preternaturally wonderful 2014 film Salt Of The Earth, the story is told of Sebastião Salgado, a photographer who has filmed some of the world’s most inaccessible areas and communities.

Whether it was gold mining in Brazil or the shuddering impact of the Rwandan genocide and its aftermath, Salgado veers from inhumanity to inhumanity until he tires of it all and retreats into the beauty of the Amazon rainforest after the death of his father.

At the height of this desperation and the ongoing deforestation of the family land, Salgado goes on a new mission; to save the land and discover and picture the flora and fauna of pristine territories.

It is a wonderful film that makes the spirit soar as tragedy and jadedness are replaced by hope, achievement and the best side of humanity. His family land is restored and the jungle is replanted; an amazing life and an awesome man.

The Salt Of The Earth movie resembles the story of Swiss humanist Dr Rene Haller who in 1970 set up the Haller Foundation to reclaim Kenya’s Mombasa coastline, another exceptional life begging to be made into a film.

This area in Kenya had become miles of disused limestone quarries after unscrupulous companies had ravaged it to produce cement. His plan was to introduce trees, millipedes and nitrates to revitalise the soil. Twenty years later, the land was transformed and alive.

In the intervening years the Haller charity in Africa has helped thousands of farmers to provide smallholder African farmers to create a self-sustaining environment and ecosystem.

Now the charity is trying to find ways to improve this experience to build a new app to help farmers in Kenya grow and trade their produce.

Working with London-based cloud consultancy Amido as part of that company’s Corporate Social Responsibility programme, Haller recently ran an all-day hackathon in London to replace its existing farming app that had usability challenges, was hard to update and did not work offline.

The brief was to build a new solution using whichever platform each competing team felt was most suitable, alongside a new UX and design.

As part of its principle to ‘deliver more, code less’, the hackathon was to solve Haller’s problem using existing technology, rather than coding solutions from scratch that already exist in the cloud services marketplace.

“The potential of this project is significant. It could be transformative for so many people living off off farming who want and need ways to make their lives better,” said Alia Malik, CEO, Haller.

The hackathon itself was split into cross-functional teams and the challenge was to produce a proposal that outlined how to develop the new app to meet a set of high-level requirements.

These included features such as the offline and web app, content in both Swahili and English, a chat element, farmer training tools, mobile payments over mobile money platform M-Pesa and market price information.

Every group presented at the end of the day and were only allowed a maximum of seven minutes to present their proposal in front of a team of judges.

The winning team’s solution was engineered to make the best use of the available resources and the existing cloud market to ensure meeting the requirements, flexibility for the future and low ongoing costs.

Their delivery plan and timescales were realistic, what they proposed could be delivered on time and on budget whereas other proposals were a little over optimistic.

“What I liked most about working with other teams and across all of the groups was that they were focused on being pragmatic and building things that already exist and marrying them to what users actually need,” concluded Haller’s Malik.

Such hackathons may not match the vision of photographer Sebastião Salgado, but they could also be described as the salt of the earth for Kenya’s farmers.