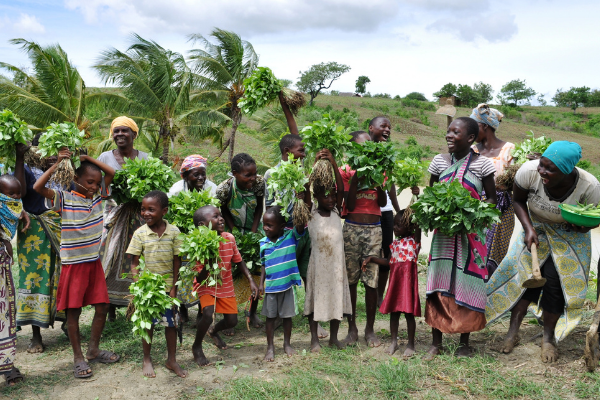 In the future, a major reduction in crop yield and productivity is likely to be seen as a consequence of the extreme weather conditions and unviable farming techniques. In fact, the production of maize could decrease by as much as 10%, even if no climate adaptation actions are taken.

According to the African Development Bank (ADB), this is not only unsustainable but unaffordable as the continent spends close to $65 billion importing food — a number that is expected to grow exponentially within the next decade.

In addition to the growing lack of arable land, agricultural knowledge and education have also proven to be in short supply. The ABD notes, however, that the secret to the continent’s economic viability and growth is to equip farmers with training, advice and to close the digital divide with mobile technology.

With mobile technology at the heart of Africa’s digital journey, The Haller Foundation is working to provide smallholder farmers with access to knowledge, information and education.

This grass-roots organisation is taking advantage of the continent’s increasing mobile penetration in an attempt to provide food security for smallholder farmers across the continent through its app — Haller Farmers.

The app — which was developed for farmers by farmers — leverages the availability of mobile connectivity in Africa to give users insight into affordable, organic and environmentally friendly farming techniques, all of which are low cost and replicable. And in rural regions where access to data and WiFi are limited, selected content has also been made available offline.

Furthermore, this digital tool allows farmers to connect with like-minded users from across the world through its messaging platform — the Noticeboard — where they can share their knowledge and the Haller team can provide support.

Haller Farmers was initially launched in 2014 and has since been recognised as the Best Android App of the Year at the 2020 UK App Awards – Download it now from the Google Play Store.