Why access to technology is critical for farmers in Africa 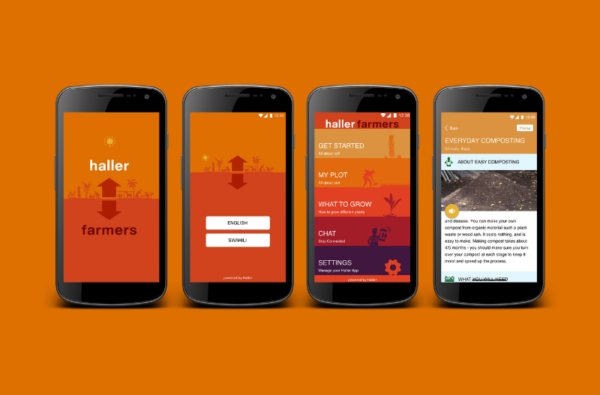 The African continent is home to an estimated 65% of the world’s uncultivated arable land, an abundance of fresh water and about 300 days of sunshine each year, according to the World Economic Forum. However, the reality is that the agriculture industry is mostly made up of the older African generation — who often discourage their children from working with the land.

So despite seemingly ideal farming conditions, African nations spend close to $65 billion importing food — a number that is expected to grow exponentially within the next decade.

The African Development Bank (ABD) believes that this is unsustainable and unaffordable — noting that the secret to the continent’s economic viability and growth is to equip farmers, as well as the next-generation, with training, advice and technology.

In Africa, The Haller Foundation is doing just that by giving farmers improved access to knowledge, information and education. This grass-roots organisation has taken advantage of the continent’s increasing mobile penetration in an attempt to reach the 33 million smallholder farmers across Sub-Saharan Africa through its app — Haller Farmers.

The app — which was developed for farmers by farmers — is focused on small-scale food production with a strong emphasis on youth farming. It gives users insight into affordable, organic and environmentally friendly farming techniques, all of which are low cost and widely replicable.

According to the foundation, all of the practices are sustainable and have been extensively tried and tested on its own Haller Demonstration Plot in Mombasa, Kenya.

In addition to Haller’s farming techniques, users can expect to learn about Youth Farming, Human & Animal Conflict Management and Conservation directly from the Android app.

This digital tool also allows farmers to connect with like-minded users from across the world through its messaging platform — the Noticeboard. Here, users can share their knowledge and the Haller team can provide support.

The Haller Foundation says the app’s main mission is to scale up and empower farming communities all over the globe — “our vision is to create choice for smallholder farmers across Africa, enriching eco-systems and creating better-empowered lives”.

Haller Farmers was initially launched in 2014 and has since been recognised as the Best Android App of the Year at the 2020 UK App Awards – Download it now from the Google Play Store.