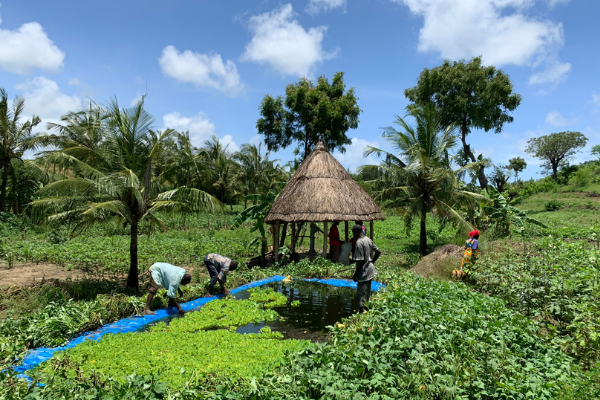 On the 2nd of May, an unknown ‘donor’ in the Bristol UK reached out to our charity explaining that they had come across our NGO in Kenya, and wanted to donate laptops to support e-learning for vulnerable communities in East Africa. We have had similar donations in the past as contributions to our IT Centre and so this initially did not feel suspicious.

Having spoken to him on the phone for due diligence purposes, this ‘donor’ agreed to ship these laptops from the UK to Kenya, “with a shipping company he had used before” (https://trevletglobalcargo.uk).  No financial information was disclosed at this time, and the donor agreed to send the shipment in the next few days so it would arrive to our Kenyan team in the next week to distribute accordingly.

Throughout the next week,  our Kenyan team received 3 invoices from the ‘shipping company.’ These invoices were to ‘release the shipment from customs’, so they could be delivered to our offices in Mombasa. The amount listed across the invoices, and was equal to the standard 16.5%  import tax imposed by the Kenyan Government. From an initial look, the website for the shipping company looked legitimate. At this point, the ‘donor’ was in active communication with us, and offered to reimburse our charity in full for the import taxes, while also donating an additional £800 to contribute to the establishment of a dedicated learning area within our education centre.

Our Kenyan team paid the first invoice they received (£800), and then a few days later, they paid the second (£1,200). When they received a third invoice soon after (£2,500), they became concerned this might not be legitimate and they delayed paying the third invoice. At this point,  we were told that ’the shipment was waiting in a warehouse in Nairobi’ and the ‘shipping company’ continued to chase our team for the third payment.

We understood it was scam when the ‘donor’ fell silent as he could sense our concern, when we looked in detail at the shipping company website and noticed a few small, but quite significant errors, such as confused addresses and when our Kenyan team liaised with contacts in customs they were informed that no such shipment existed. It was clear that this was scam and that the ‘donor’ had built a back story, faked a generous donation and was behind this ‘shipping company.’

We were lucky to have noticed the flaws as soon as we did, as the losses could have been much worse. However, this scam artist had actively stolen extremely valuable resources from a charity, that like most charities, relied on donations and generous support to operate.